This last Sunday, August 19th marked the second half of the 2012 polo season, the sequel to the season’s Opening Day that was held in June.  The Willis Allen Cup is held annually to commemorate the San Diego Polo Club’s “Founding Father,” Willis Allen.  Allen helped to secure the very land that SDPC exists on to this day.

In addition, the San Diego Polo Club hosted special guests Awakenings Charity, Fred’s Playland, and Motu Hawaii.  Awakenings Health Institute is committed to providing a campus setting that offers holistic and traditional therapy to individuals and their families who have suffered from major trauma and lasting paralysis.  Fred’s Playland has been a loyal supporter of SDPC for years.  Sunday was a bittersweet one as friends and colleagues of Fred’s wished him all the best as he moves away from San Diego.

Motu Hawaii is dedicated to bringing the “aloha spirit” of the islands to the states by embodying and emulating the culture, joy, and beauty of the Pacific Islands.  The family of Motu Hawaii was also in attendance on Sunday handing out beautiful, hand-made Hawaiian leis that wafted the sweet, tropical scent of the islands throughout the pavilion. 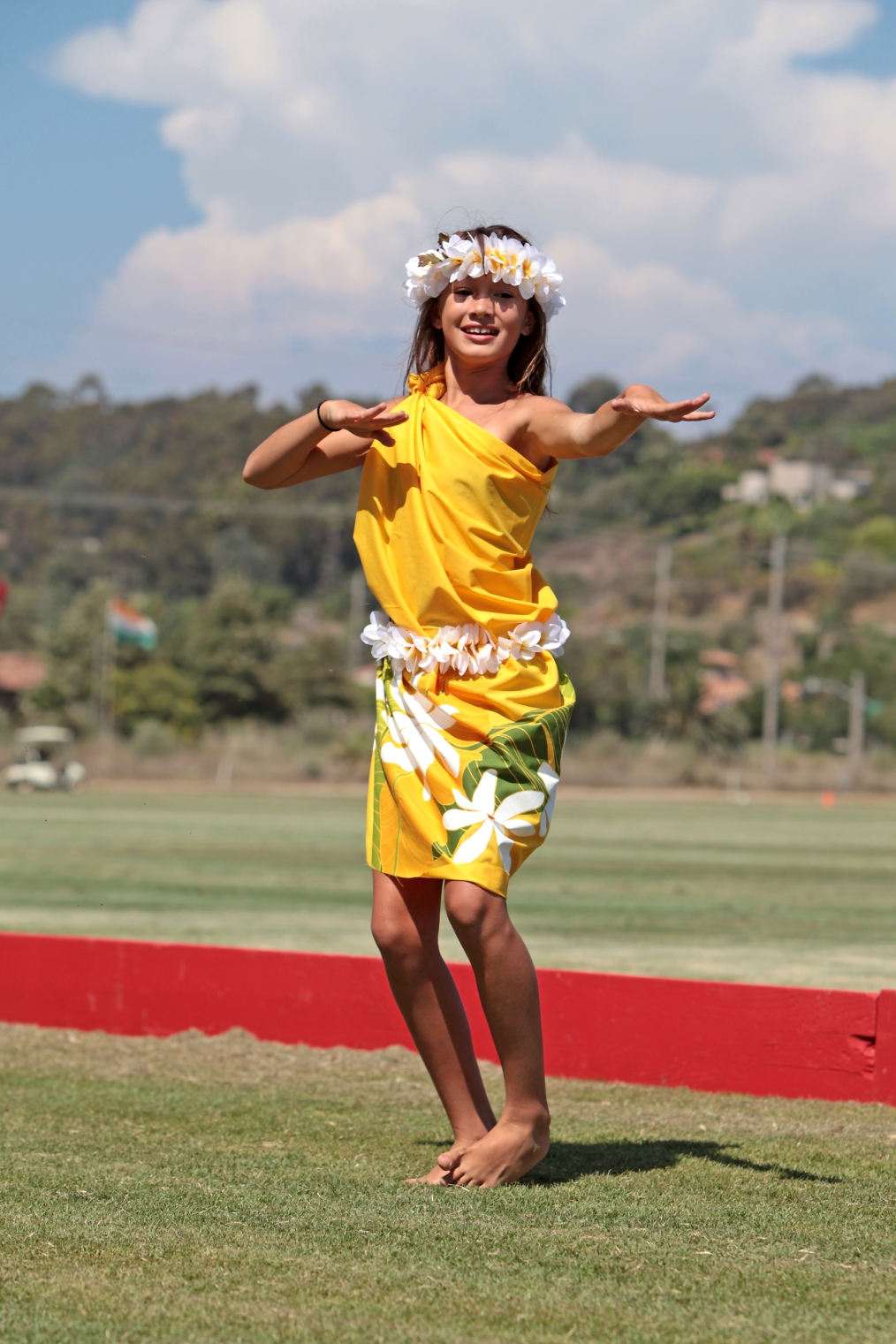 The intermission exhibition between polo matches featured the family of San Diego Polo Club’s pro player, Kimo Huddleston.  Stephanie, Hi’ilawe, and Ilihia Huddleston accompanied by Kahiau Freitas performed both a captivating and alluring hula demonstration that left fans and players alike speechless.  Guests were also treated with a soothing collection of Hawaiian melodies throughout the day performed by Tini Grey.

The San Diego Polo Club would also like to say a special thanks to world renowned, Australian-born lyric soprano Alice Teyssier who sang the National Anthem.

In the second chukker, team Hanalei Bay scored three consecutive goals-two for Mariano Fassetta and one for Christepher Collins.  Twin Palms/Starmeadow met Hanalei Bay’s three goals with two of their own on behalf of Gaston VonWernich and Chris Maloney.

The fifth chukker was action packed as Hanalei Bay fought to stay in the match.  Mariano Fassetta and Christepher Collins scored two consecutive goals for Hanalei Bay while Chris Maloney scored a goal for Twin Palms/Starmeadow.

If the first polo match of the day was a gripping one, the second polo match had onlookers on the edges of their seats.  The teams of Adeptus and Trinity took to the field for the feature match of the Willis Allen Cup demonstrating that both agility and determination can lead to fierce competition.  In the first chukker, Alvaro Tadeo of team Adeptus was first to score.   This first goal helped to spark a shoot out as team Trinity scored four goals and team Adeptus scored three in chukker number one alone.

In chukker two, team Trinity was able to hold on to their one goal lead by scoring one point by Tim Rudy to match team Adeptus’ one goal on behalf of Joseph Stuart.  Similarly, in chukker number three, both teams fought neck-to-neck scoring two goals apiece.

Team Adeptus rose to the occasion assuming the lead in chukker four.  Joseph Stuart single-handedly scored all four goals for team Adeptus while Tim Rudy and Arthur Cameron scored a goal each for team Trinity.  The fifth chukker came to a suspenseful conclusion with both teams tied at eleven points.

In the sixth and final chukker, both teams utilized teamwork to fight up until the very end for the win. While Rick Paicius of team Trinity scored a goal, it was Jesse Bray of team Adeptus that helped bring his team home with two goals.

If you missed the San Diego Polo Club’s second Opening Day, mark your calendars! This Saturday, SDPC is volunteering at TERI Inc.  Volunteers will be given the opportunity to learn about EQUISSAGE and provide therapeutic riding lessons.  In addition, this polo Sunday marks the Willis Allen Memorial Cup Finals and will feature SDPC luxury car sponsor, Land Rover. This Sunday will also include a magnificent dressage performance by Rebecca Ridgon who has received rider medals in Bronze, Silver, and Gold by the United States Dressage Federation.